Vericel websites use cookies, small text files stored on your browser, to personalize your web experience and to analyze website traffic. By continuing to use this website without changing your settings, you are agreeing to our use of cookies and to our collection of information. For more information about what Vericel collects and how we use it, visit our Privacy Policy.

Repair or restore using a patient’s own cells

What is cell therapy?

Cell therapy is the infusion, injection or transplantation of whole cells back into a patient for treatment of a condition. In autologous therapy the patient is the source (donor) of their own therapy. With the patient acting as their own donor, the risk of rejection and the use of immunosuppressive therapy is minimized.

How does autologous cell therapy work?

The goal of cell therapy is to repair or restore damaged tissues using cells. For our therapies, tissue from the patient is collected by a qualified and trained surgeon, and then processed and expanded by Vericel into a specific cell type or multicellular therapy. The patient’s own cells are then returned to the surgeon for implantation.

Vericel uses a proprietary cell-processing technology to expand naturally occurring populations of cells derived from the patient’s own tissue. Specific to the type of therapy needed, a small sample of tissue is taken from the patient. The sample is then sent to our laboratory in Cambridge Massachusetts for cellular expansion. Rigorous testing ensures the quality and viability of cells before they are delivered back to health care professionals. These cells, in conjunction with rehabilitation regimes, have demonstrated the ability to restore function to patients with serious medical conditions. 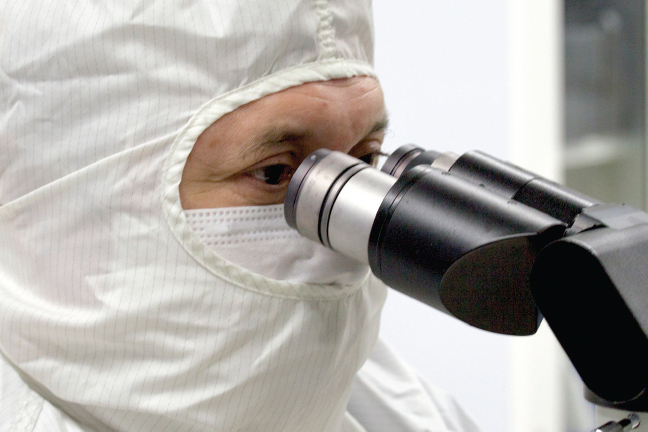 The U.S. Food and Drug Administration has approved MACI (autologous cultured chondrocytes on porcine collagen membrane) for the repair of symptomatic, full-thickness cartilage defects of the knee in adult patients. MACI is the first FDA-approved product that applies the process of tissue engineering to grow cells on scaffolds using healthy cartilage tissue from the patient’s own knee. Knee problems are common and occur in people of all ages. Cartilage defects in the knee can result from an injury, straining the knee beyond its normal motion, or can be caused by overuse, muscle weakness, and general wear and tear.

MACI® (autologous cultured chondrocytes on porcine collagen membrane) is made up of your own (autologous) cells that are expanded and placed onto a film that is implanted into the area of the cartilage damage and absorbed back into your own tissue.

MACI is used for the repair of symptomatic cartilage damage of the adult knee.

The amount of MACI applied depends on the size of the cartilage damage. The MACI film is trimmed by your surgeon to match the size and shape of the damage, to ensure the damaged area is completely covered.

It is not known whether MACI is effective in joints other than the knee.

It is not known whether MACI is safe or effective in patients over the age of 55 years.

MACI should not be used if you:

Consult your doctor if you have cancer in the area of the cartilage biopsy or implant as the safety of MACI is not known in those cases.

Conditions that existed before your surgery, including meniscus tears, joint or ligament instability, or alignment problems should be evaluated and treated before or at the same time as the MACI implant.

MACI is not recommended if you are pregnant.

MACI has not been studied in patients younger than 18 or over 55 years of age.

Epicel is a cultured epidermal autograft (CEA) — a skin graft grown from a patient’s own skin. These grafts provide skin replacement for patients who have deep dermal or full thickness burns comprising a total body surface area of greater than or equal to 30%. From 2 postage stamp-sized biopsies, Vericel can grow enough skin to cover the patient’s entire body.

Epicel (cultured epidermal autografts) is authorized for use in adults and pediatric patients who have deep dermal or full thickness burns comprising a total body surface area greater than or equal to 30%. It may be used in conjunction with split-thickness autografts, or alone in patients for whom split-thickness autografts may not be an option due to the severity and extent of their burns. The effectiveness of the device for this use has not been demonstrated.

Epicel is contraindicated in patients with a history of anaphylaxis following exposure to vancomycin, amikacin, and amphotericin, as trace quantities of these anti-infective agents may remain in the Epicel autograft. Epicel should not be used in patients with known sensitivities to materials of bovine or murine origin. It is contraindicated for use on clinically infected wounds.

Because Epicel is manufactured with and contains residual amounts of murine cells, FDA considers it a xenotransplantation product. Therefore, recipients should not donate whole blood, blood components, source plasma, source leukocytes, tissues, breast milk, ova, sperm, or other body parts for use in humans because there is a potential risk of carrying an infection that is transmitted from mouse cells to humans.

Squamous cell carcinoma (SCC) has been reported in patients with burn injury after being grafted with Epicel. Although SCC is a known complication of burn scars, the role of Epicel in the causation of SCC cannot be excluded.

The Epicel product is intended solely for autologous use. Patients undergoing the surgical procedure associated with Epicel are not routinely tested for transmissible infectious diseases. Discontinue use if the patient shows evidence of allergic reaction.

If clinical signs of infection are present or develop, do not apply Epicel until the infection is adequately treated.

The effectiveness of Epicel has not been proven in clinical studies.

The long-term safety of Epicel is unknown. Over the past 27 years, the mortality from all causes was 13% before hospital discharge.

Men and women who intend to have children should be advised tat the effects, if any, of Epicel on fetal development have not been assessed. In addition, the safety of Epicel has not been studied in pregnant and nursing women.

Patient information supplied by attending burn teams from 1989 to 1996 reported the adverse events of highest incidence as: death (13%), infection (13.8%), graft tear (7.8%) or graft blister (4.2%) and drainage (3.3%). Some of these events may have been due to the underlying burn injury and not the device itself.

From June 1998 through September, 2015 adverse events received by Genzyme Biosurgery (predecessor in interest to Vericel) and Vericel Corporation were similar to the previously identified adverse events. Events that were reported in ≥ 1% of patients included multi-organ failure (6.6%), sepsis (5.2%) infection (4%) and skin graft failure/graft complication (2.7%). The relationship of these events to Epicel has not been established.

Please see Patient Information and Directions for Use for more information

This section is intended to serve as notice under 35 U.S.C. § 287(a) of various United States patents associated with the products listed. The products and patent numbers shown may not be all-inclusive. Other patents may protect both the products listed and other products commercialized by Vericel Corporation. Additional patents are pending.

Granted patents and published U.S. patent applications may be viewed at the United States Patent and Trademark Office website. 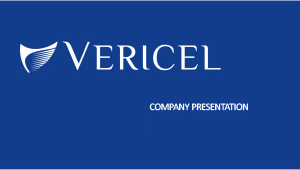 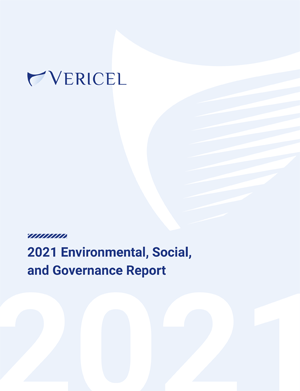